Join us for a gorgeous concert of nine beautiful songs by Henry Purcell and a view into what goes into making music during these challenging times.

Purcell's Finest Verses was presented as a live event on 12 February 2021 and is now available for you to watch on demand.

The programme consists of three parts:

3. Post-show discussion and live recording session with the artists. Audience members were invited to ask questions to any of David Bates, Tim Mead, Andy Staples and Emily Ingram (Founder of Greengage). Then, the artists recorded and mixed a bonus performance live! See what goes into making ensemble music during these strange times.

Thank you for your generosity at the 'pay what you like' box office. All ticket sales for this event directly benefit the artists at La Nuova Musica, which earns 80% of revenues. 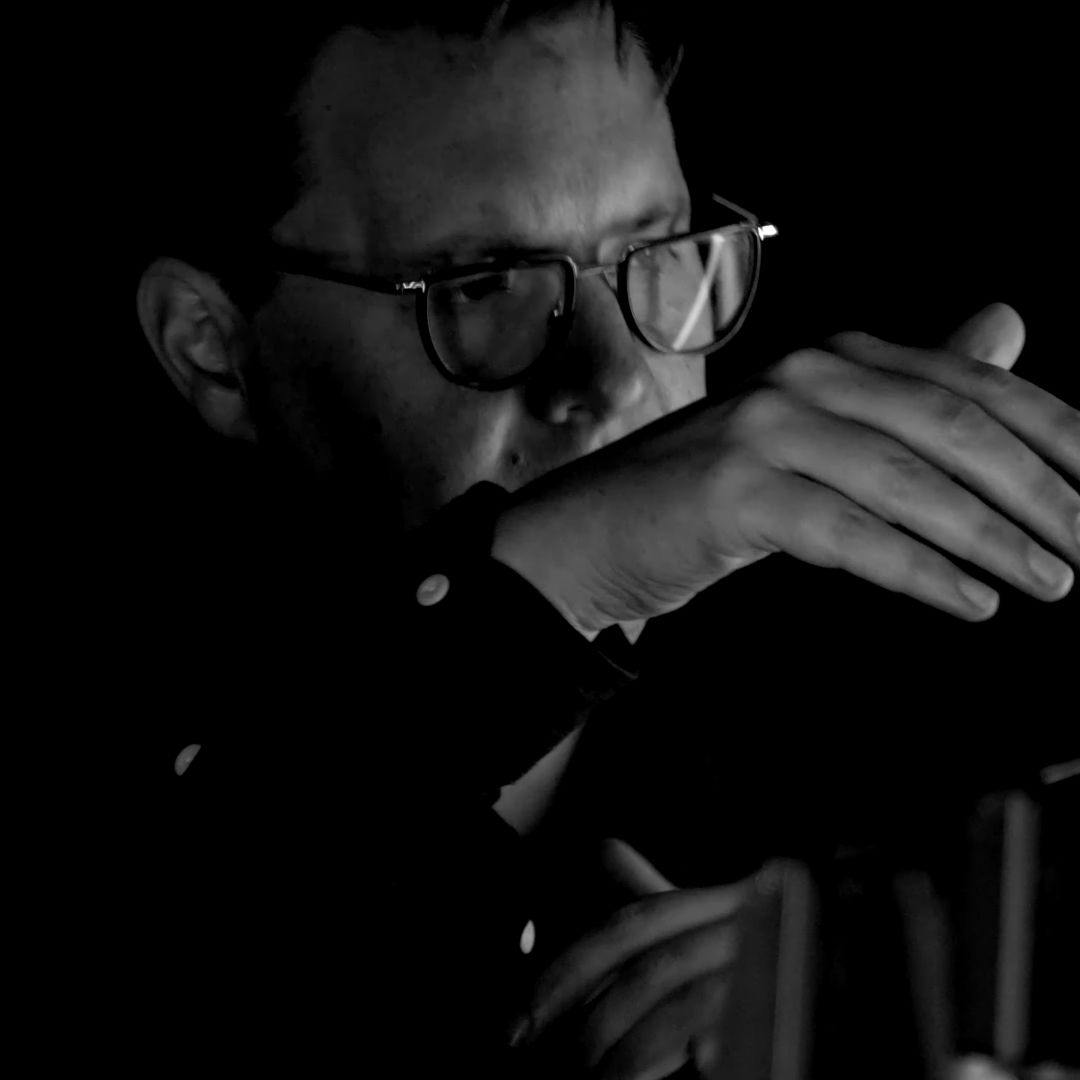 David Bates opens his 2020/21 season with a new production of Handel’s Il Trionfo del tempo e del disinganno for Staatsoper Hannover. Marking his debut with the company, the opera is directed by Elisabeth Stöppler, featuring Sarah Brady, Sunnyboy Dladla, Nina van Essen, and Nicholas Tamagna in its cast. Further ahead, his opera plans include his debut with Komische Oper and Opera Rouen Normandie. 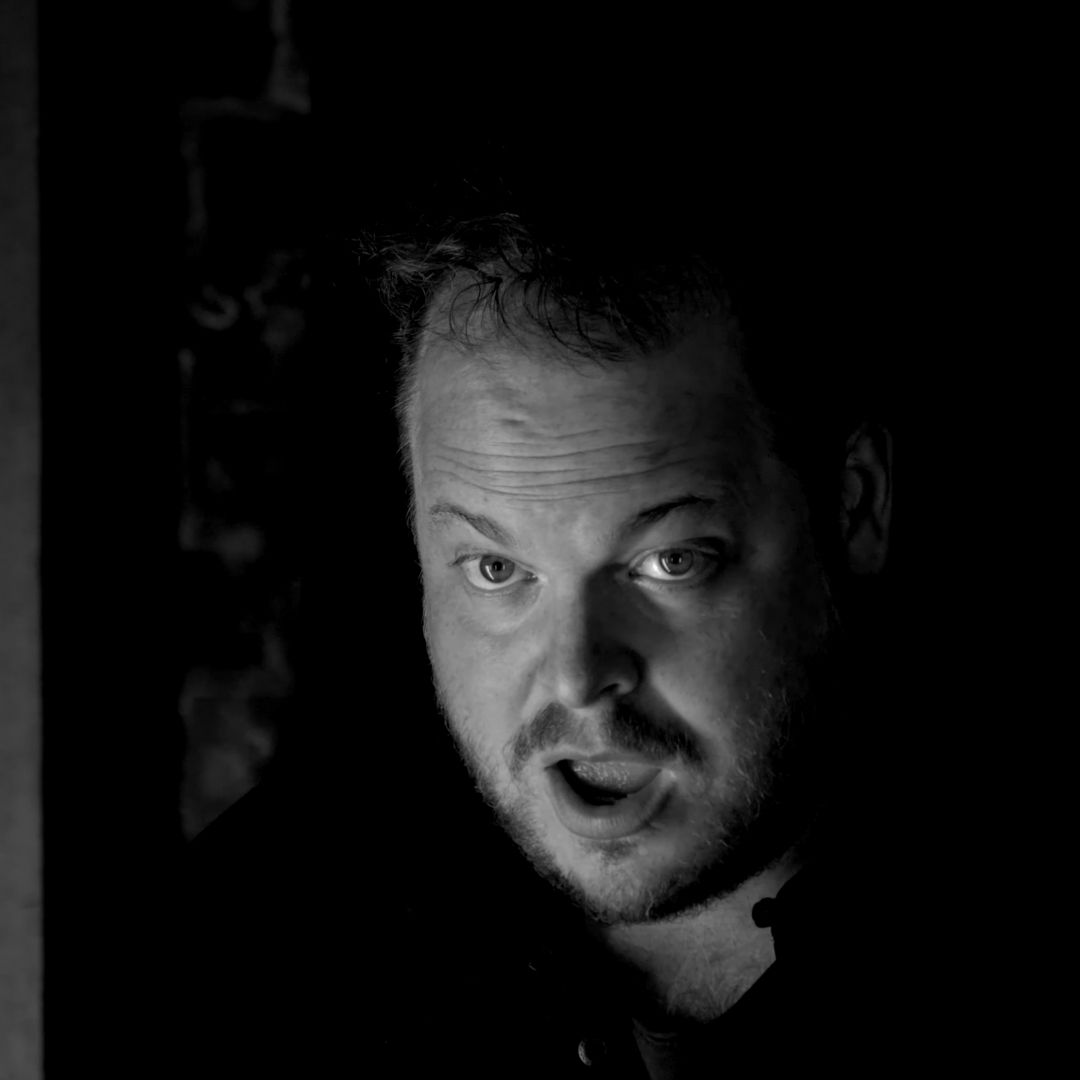 Andrew Staples is considered by many to be one of the most versatile British singers. A favourite for works by Handel, Mozart and Britten, he has also made his mark singing Elgar’s The Dream of Gerontius, Verdi’s Requiem and Mahler’s Das Lied von der Erde. He sings regularly with Simon Rattle, Daniel Harding and Yannick Nézet-Séguin, and with orchestras such as the Berliner Philharmoniker, Wiener Philharmoniker, Swedish Radio Orchestra, Bayerischer Rundfunk Sinfonieorchester, Rotterdam Philharmonic Orchestra, Philadelphia Orchestra, the Accademia Nazionale di Santa Cecilia, and the London Symphony Orchestra. In opera he is a regular guest at the Royal Opera House where he has sung Tamino (Die Zauberflöte), Flammand (Capriccio), Narraboth (Salome) and Artabenes (Arne’s Artaxerxes) and he also appears in Salzburg, Hamburg, Brussels and Prague. 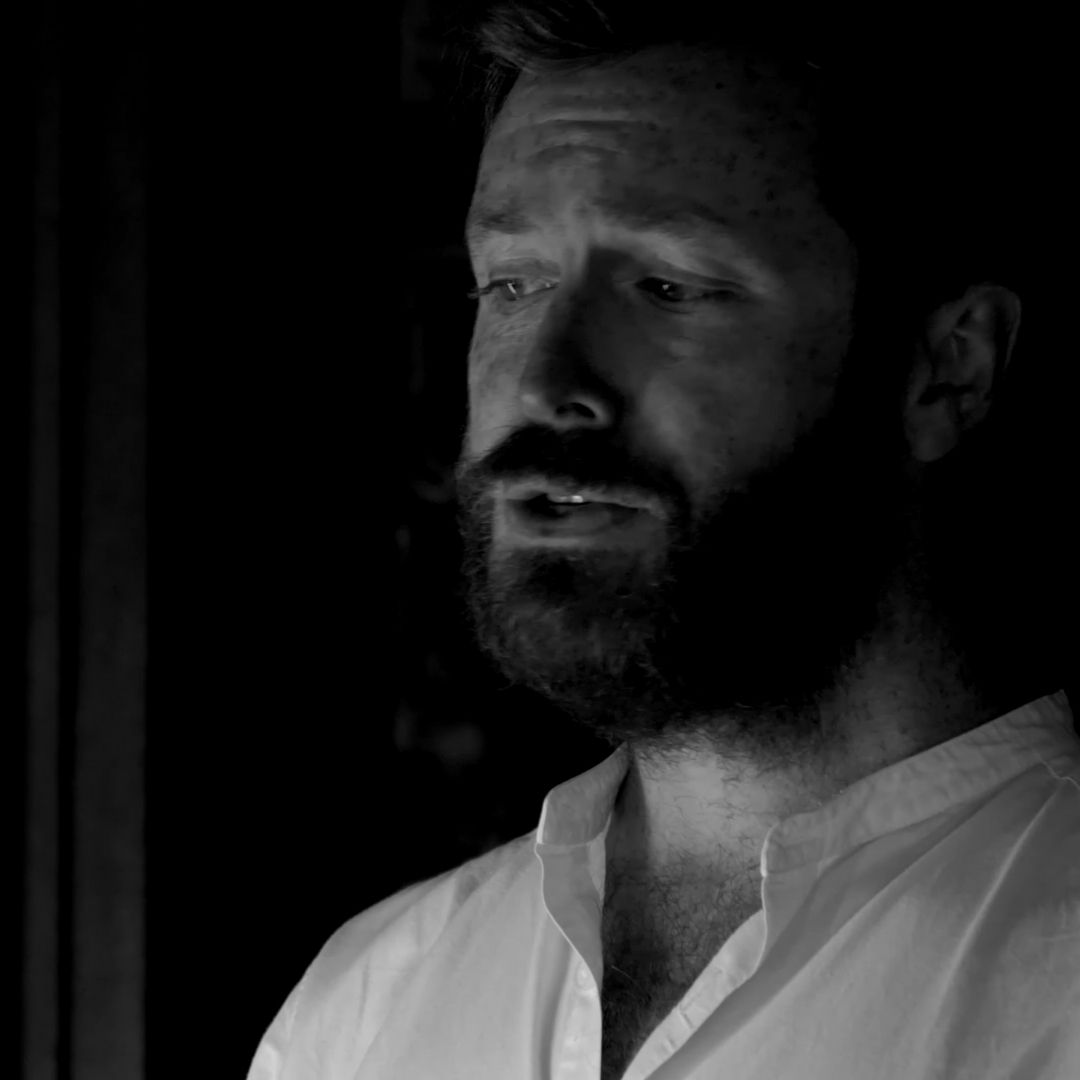 Counter-tenor Tim Mead is praised for his “alluring” and “consistently excellent” interpretations (New York Times). With his “rich, mellifluous sound” (Guardian), he is recognised as one of the finest across the generations of counter-tenors. 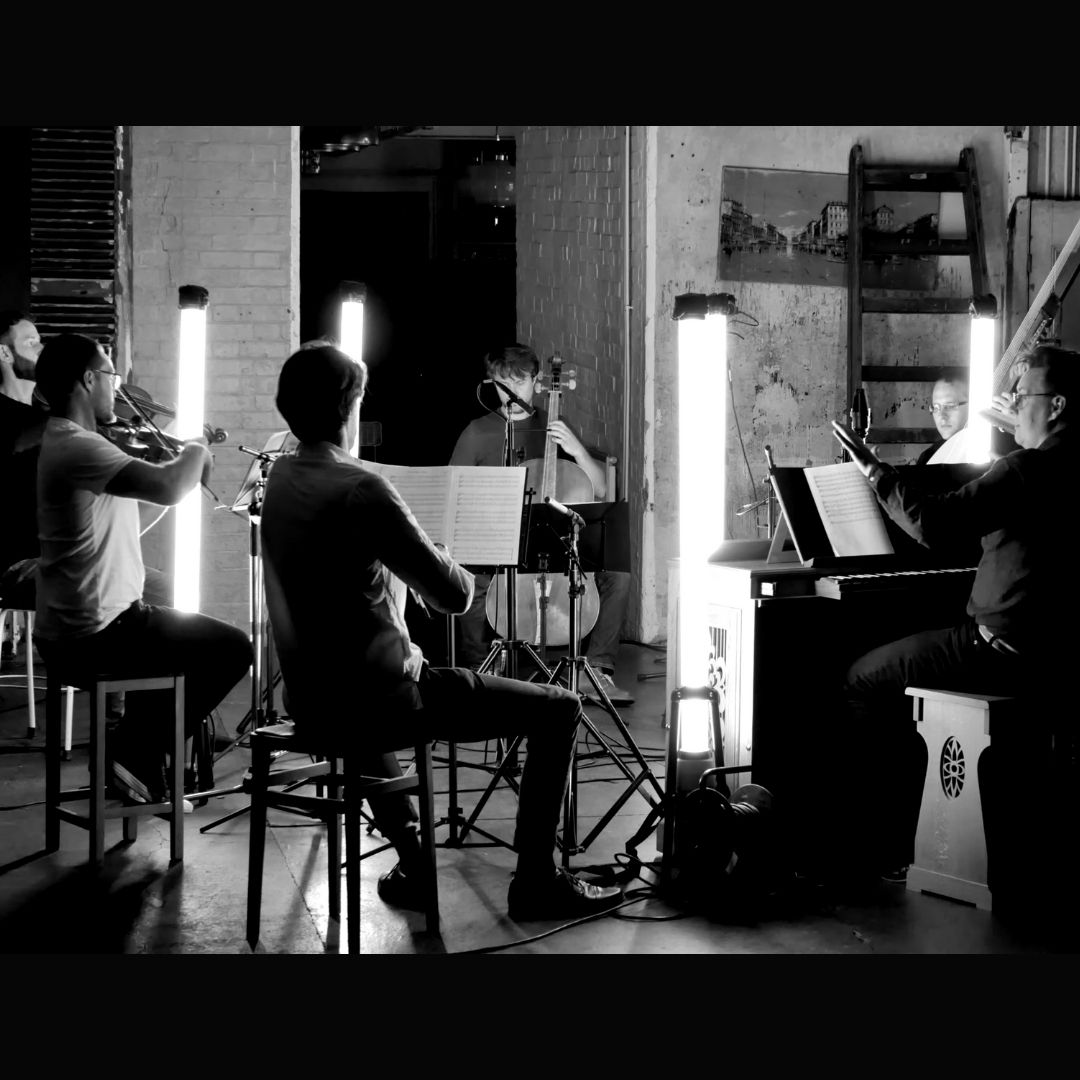 La Nuova Musica is one of the most versatile performing groups of its kind. Under the direction of founder and Artistic Director, David Bates, LNM strives to reveal new aspects of familiar repertoire, through dynamic performances that draw masterpieces and lesser-known works from across the Baroque and Classical periods, alongside new commissions. 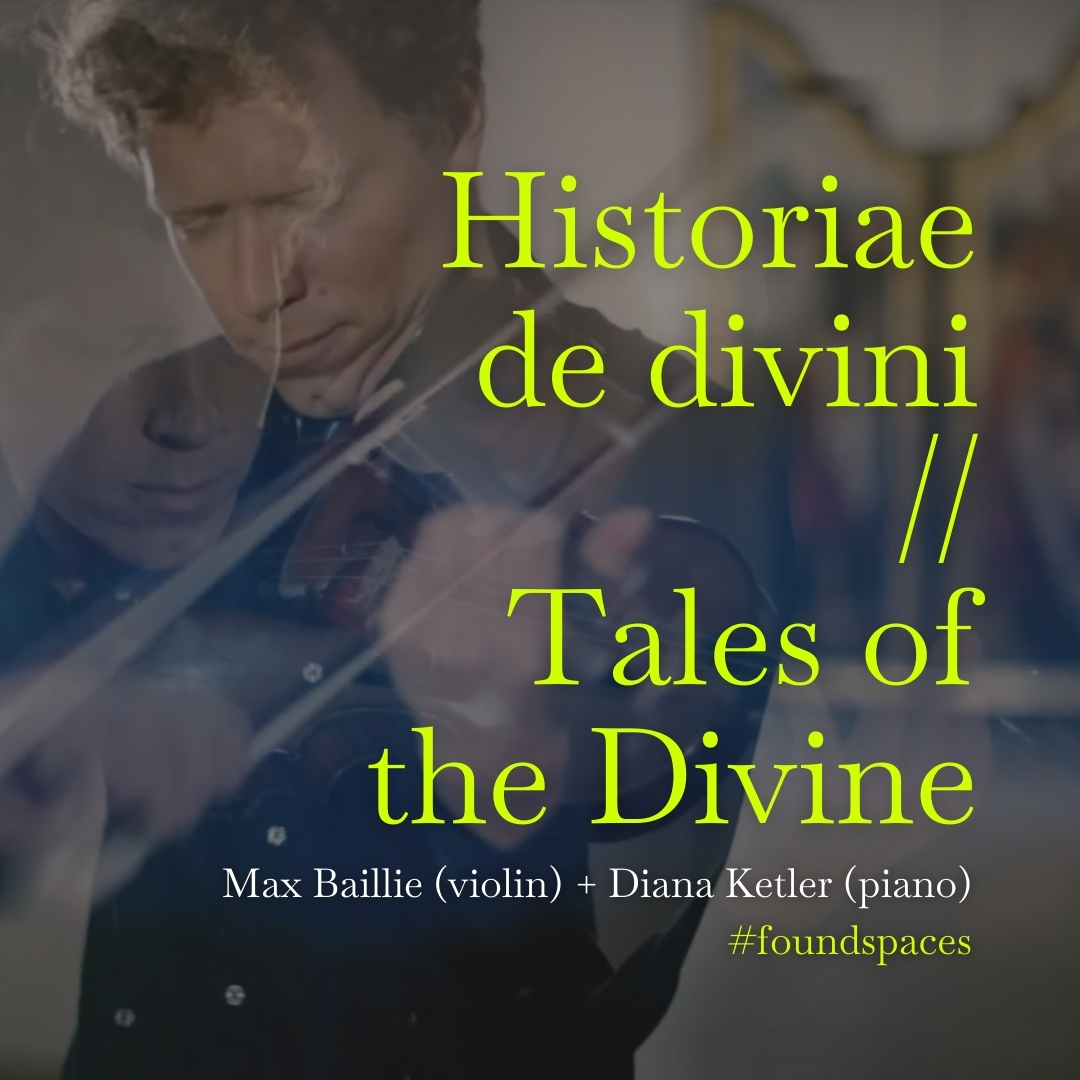 Enter a surreal dreamworld of mechanical toys as Darragh Morgan and Tim Gill perform Ravel's iconic Sonata for Violin and Cello in the dead of night.
Access all four Found Spaces classical music concerts to watch when it suits you.
Immerse yourself in the tongue-in-cheek, colourful world of Erik Satie's sports and pastimes. An ensemble of 10 musicians play against a very large 4K screen in a yoga studio.
Violinist Max Baillie gives an electrifying performance of Bach and Messiaen in London’s Colnaghi Gallery.